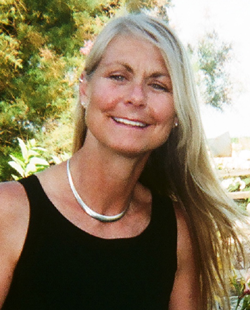 The Disciple Ship as a virtual, non-geographic, missionary church is committed to sailing together with other “real” churches that don’t measure their “real nature” in their bricks and mortar, their history and tradition or their membership and budget size but according to the promises of Jesus Christ and His real presence among those gathered in His name and by His Word. Churches that know they exist to “Go!” and to send out missionary disciples two-by-two according to Jesus’ commission are those that see themselves merely as “filling stations.”

Think about it: You don’t hang out at the filling station, you come and you go. Staying is not its purpose and over time the fumes would kill you. You go to church to be fed the Word of God “as it is written” according to its own authority. The “filling station” delivers to you with ears to hear the Word –the Living and breathing Good News of Jesus as the only Way, Truth and Life itself--which fills you up in order to send you out to deliver the goods That is not just the “function” of the church but it is church because church as an action verb is “where the Word is preached and the sacraments are administered rightly.” 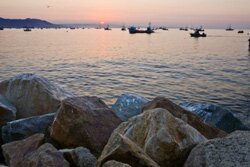 Sending ships are those churches that not only in their self-understanding but also in their hopes are moving toward being filling stations not just gathering places. Sending ships, according to God’s will, shall be added across the map of America and Canada as geographic churches that want to sail together with the missionaries of The Disciple Ship and “go out” together. Our hope is that this will not be about amassing a large “quantity” of churches in order to be a huge or impressive fleet but rather it will be a working net of just enough for God’s will to be done—just enough to fish. (Who knows how many that takes as He changed the world with 11 original—less than stellar—disciples plus one replacement!)

These bricks and mortar churches with specific geography understand the ‘in our face’ problem of unbelief that is running rampant through America and Canada and want to engage right here at home with their closest of neighbors. Still valuing the commission to “go to the ends of the earth” and overseas mission, we understand that our Jerusalem, Judea and Samaria starts in our own pews, parking lots and beyond where the level of doubt, despair, disappointment, confusion and lostness is at an escalating pace. A bad economy is fueling some of this but it isn’t the problem. Those who have ears to hear as gifts for discernment know that the turning over of our society to the individual sinners and their own private pursuits of happiness, regardless of the community, has resulted in our present circumstances. As the organized church did not hold the line for the Christian faith but rather pulled up the anchor for society as a whole and the basic unit of the family, we are now adrift with a false gospel that has been substituted for the true Word and has unfairly run “Christianity” aground according to popular opinion and so called conventional wisdom.

Well, we can either recite the problem and therefore be a part of the continuing and mounting collapse of Canada and the United States as we proceed forward rudderless, pitching the real Jesus overboard or we can be a part of the solution surely risking ridicule and opposition from powers and principalities. The call is to go forward with the certainty that our only failure will be to not try and therefore to not “Go!”

Sending Ships are not just sponsoring or supporting congregations because in the past this has led to a rather second-order, bystander type of relationship i.e., send a check to support somebody else doing the work/witness and hear from them once and awhile. The Disciple Ship is not about money—it is about the true mission of Jesus’ disciples—to find the lost sheep one at a time, wherever they wander, and bring them into the presence of their one and only Good Shepherd. First-order, active missionary work here at “home” means that each Sending Ship will call out of their midst one or more disciples who want to be the “sent one” in their hometown. These disciples will be in a working/praying relationship with other missionaries on The Disciple Ship as we mentor, guide, pray, seek and walk together with each other. Ours will be a relationship between fellow fishers for Jesus, open to and sharing different ways to deliver the Good News in our home communities.

Engaging in Jesus’ “search and rescue” effort here across America and Canada is to be involved in the deadliest catch of all knowing according to the certainty of our faith that “we have to go; we don’t have to come back.”

If you desire to pray with people not just “for” them, meet them where they are and will actively resist the temptation to be focused on getting members in your pews or dollars in your offering plates then you just might be called to set sail with The Disciple Ship!