"It is by living -- no, rather it is by dying and being damned that a theologian is made, not by understanding, reading, or speculating." 2

"This cannot be treated in a disputation and with much speaking, but must be done in the supreme repose of the mind and in silence, as in a rapture and ecstasy. This is what makes a true theologian. But no university crowns anyone like this, only the Holy Spirit." 3

"Therefore I said that a person will never grasp this unless he learns to know it by experience how much more is [practical experience] necessary in the case of theology." 4 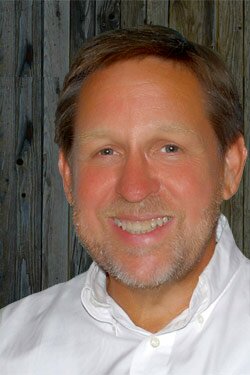 Luther remains one of the most studied yet most misunderstood figures in history, partially because he is put forward as a champion by people who want to use him as an authority figure. Martin Luther's theology cannot be understood until one begins to comprehend its "experimental" nature (that is the term Luther used, though of course "experiential" is the term used today). What follows is an exploration of what can be learnt about that one man's search for a grace-filled God in which he discovered the real Jesus, also. We want to think about how Luther became Luther through his encounter with the Holy Spirit through the Word. You see Luther thought that was really the one way we can encounter God and know that it is really God. Word and Spirit was it for Luther, yet no one writes about this Word and Spirit. This is, of course, speaking technically, his pneumatology.

There have been very few studies on Luther's understanding of the Holy Spirit. The only one to appear in English in the last fifty years is Regin Prenter, a Dane, Creator Spiritus a study on the Word and Spirit. Why that solid work did not inspire similar studies, or why no one has written on Luther's pneumatology besides a dissertation by Pekka Kärkkäinen in German 5 is puzzling since Luther was himself a "grammarian of the Holy Spirit." Bengt Hoffman's Theology of the Heart is the only serious examination of the experiential side of Luther’s faith I know of. 6

Few today seem to appreciate what made Martin Luther a radical. Today he is known as a reformer, but Luther was also known as a prophet back in his day. Everyone used Luther for their ends, from Frederick the Wise, hoping Luther would put the University of Wittenberg on the map, German knights and nobles wondered if he would be the one who would be their champion in their struggle and a few years later the peasants hoped the same. Champion, reformer or prophet, which was it? Luther himself thought his Lord would return before the church was reformed, and I am not aware of him ever calling himself a champion, but he did refer to himself as a prophet. 7 Perhaps this is the case where a prophet receives too much honor in their hometown?

Just as the Old Testament prophets had a hard word to give to their kings, Luther was a prophet whose hard word was meant for the prince of Rome at the very beginning. Luther was as surprised to learn that his 95 Theses were being interpreted as an attack on papal authority, as he thought that even the Pope would be scandalized by the crude assertions of Tetzel’s “As soon as the coin in the coffer rings, another soul from purgatory springs."

The whole series of events leading up to the Diet of Worms can best be explained that Luther was a man in the grip of God, being driven out into the wilderness of politics. Used by God, Luther led Europe out of medieval times and into the Modern era, where men and women would realize that they had the ability to think and make assertions of their own.

It is often said that Luther had a foot in both of those worlds. The title of Luther's story could well be, "The Man in the Middle," but the primary meaning is not between two epochs but between two spiritual powers. Luther lived suspended between God and the Devil. Luther worshiped at the foot of the cross just as the woodcuts illustrated on the frontispiece of the earliest German Bibles, in rapt adoration of the Man on the Cross with the Lord’s atoning blood flowing toward him. Luther's spirit became so identified with that on which he meditated that he joined his Lord there, being suspended between heaven and earth, life and death, wrath and glory, the scorn of the devil and the protecting grace of God.

At the beginning, it was said that Luther can be a guide for discovering the real Jesus, but to do this one has to do as he did: oratio, meditatio, tenatio, prayer, meditation, and temptation (see Martin Luther’s "A Simple Way to Pray”). To be a theologian one has to meditate, study the Word, pray in the Spirit and this is done in the midst of real life, not the library and chapel only, but as one is pulled this way and that. Therefore, you cannot know what Luther meant by reading a book, you must approach life as he did. It is experiential, or as Luther and his contemporaries would say, experimental.

Yes, this is your spiritual life, your eternal life now begun, the coming and not yet Kingdom. How will you live it? You dare not live it in ignorance. Go to the source, the Holy Spirit of God.

Luther is our guide for your God-informed life. There are other guides you could use, but this Luther is an interesting choice. He is as radical as you can get, but since his whole life could be summed up as a search for the truth, he is a reliable radical.

Not that there is anything wrong with doctrine; good doctrine saves lives. But this study is not about doctrine so much as living in the grip of God. Doctrine is not a source of life; Life itself is the source. Only the Spirit gives life. Doctrine, just like the law, has another job.

Ad fontes, "to the sources," the humanists' cry which was picked up by reformers, but it is necessary to go further, to the Source of Life, past words to the Word itself. Where Luther was different than the radical reformers is that he insisted that the Word, once properly understood, was enough, and any further was of another spirit.

So what is the Word? There are those who identify Word with Doctrine and those who think of Word as primarily the Second Person of the Trinity. However, doctrine cannot save; neither doctrine nor Scripture can be the Word. The Word was at the beginning with God, before land was separated from water, so surely before pen and ink. Luther was the theologian of the Word and Spirit. Welcome to dabar YHWH, where the Word is the Spirit.

Luther was the prophet who reclaimed the gifts of God for the people of God delivered through the Word. You are invited to learn how simple, yet challenging that is; to experience God through the Word as did our brother Martin. Experience your own personal re-formation.