We refer to something called The Reformation and most people know what is being talked about. When Martin Luther swung a hammer and posted his 95 Theses on a door in Wittenberg, Germany on October 31, 1517 it was a shot heard around the world. Therefore, you might be surprised to hear that the idea of Reformation is not as settled science, so to speak.

What reformation? According to the great Luther expert Heiko Oberman as well as Robert Kolb and others, Luther did not think of himself as a reformer, never referred to himself as such, and he never thought the church would be reformed. Luther though the only reformation would be The Great Reformation which would be part of the culmination of History, that is, the End Times. What did Luther think he was part of then? With the fact that the gospel was finally being preached freely, the devil was desperate, and what was going on was not a reformation, but a great conflict.

Reformation was a very common idea in the Middle Ages. It wasn't that he was unfamiliar with the term. Luther had many chances to join in utopian schemes, and he rejected them all.

This is how we should see ourselves, too. Five hundred years later we are in another epoch, and we too are living in a time of great conflict. A great shift has taken place since the 1960s. We not live in an age of autonomy, where all authority is held in suspicion. The church and even Christianity itself is a suspect in this new post-modern era. We should expect resistance when we give witness to the gospel.

I would like to quote Oberman, where on page 74 of Luther, Man Between God and Devil we read, “Christians are threatened, but not defenseless. Where the Gospel is preached, Satan's destructive assaults can be survived. Where Christian teachings tear the authority from the clutches of the Antichrist, the world can once again come into its own. Luther regarded this emancipation of the world, the restoration of its secular rights and its political order, as both necessary and possible. But for this dimension he used the sober, secular, practical, temporal, and above all relative term Betterment rather than the glorious Reformation. In short: Reformation is the work of God, betterment is the task of Adam and Eve."

Betterment. We are called to betterment. Not quite as rousing as Reformation is it? But it makes sense, biblically and experientially. We are called to love our neighbor in word and deed. Not to expect success like a big name evangelist and neither to give into depression. Each day we do what we can, trusting in the Lord.

What does the Reformation mean to you? Reformation Sunday is so predictable. Don’t get me wrong. I love the Reformation theme, and consider myself a Reformation type, but I do not love the idea that it is a thing that can be observed by changing the color of the day to red and singing A Mighty Fortress. Rather, we should observe the ideas behind Reformation.

It only matters to a point what Luther thought of it, Reformation did catch on. But I urge everyone who appreciates Martin Luther to separate the wheat from the chaff, the silver from the dross. Read a really good historians like Heiko Oberman, or Bernard Lohse. Oberman used the term “hagiolatry” to describe the way Luther and the Reformation and Reformation Day are observed. Hagiolatry.

Luther never called himself a reformer. He did on occasion refer to himself as a prophet. What he did was to discover and then effectively present the gospel so that it was turned loose in the world. And still it goes on: the gospel is hidden and rediscovered. It doesn’t belong to any denomination, and we Lutherans may do better than most to present it, but it is all the more grievous when we lose it. All over the world this shining forth and covering up happens in our churches.

I stumbled across one of the best unveilings the other day. It was a podcast by a church planter in North Carolina. He confessed that he had been a pastor for seven years before he discovered the gospel. He explained what the gospel is not, and what it is. It was brilliant. It was a law and Gospel sermon by someone who probably never studied Lutheran theology. It was a contemporary restatement of the freedom of a Christian. He said, “One of the great paradoxes of the Christian life is that resting in what Jesus has done for us leads to joyful working for him. When we accept the promises of God by faith, they fuel how we live out the purposes of God. We can live the gospel. We are called on to advance the gospel. But we can do neither of these things if we fail to truly know the gospel.” 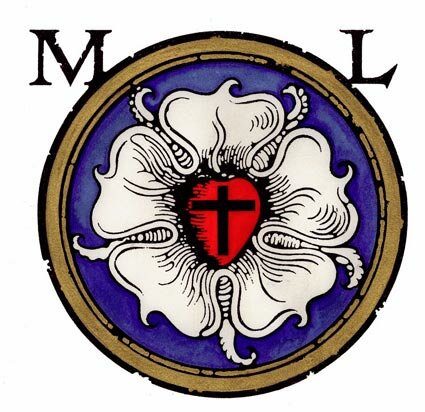 Luther would tell you that God confronted him in a decisive way when studying the Scriptures. We know that his method of reading Scripture included Oratio, meditatio, tentatio (prayer, meditation, trial). Do not turn too quickly to what others are saying today when you want answers. Yes, we do listen with care to Christian preachers and teachers, comparing it to what we already know, but learning the gospel and learning to live out the freedom of a Christian is a way of life.

Jeremiah 31:34 says, “And no longer shall each one teach his neighbor and each his brother, saying, 'Know the LORD,' for they shall all know me, from the least of them to the greatest, declares the LORD. For I will forgive their iniquity, and I will remember their sin no more.” At one time I might have assumed that so many people knew the gospel and loved the Lord that it could almost be assumed that one could use the term publicly without defining it, but I now think that would be a mistake. The evidence is all around us that even people who grew up Christian do not truly know the gospel, but it the cultural shift that is happening before our very eyes, we cannot assume anything.

The battle cry semper reformada today must be understood as meaning that not only was the business of reformation never completed, our work load has doubled. The good news though is we are now free to introduce people to Jesus unencumbered. There is no easy formula for me to give you as we go forward. But go forward we must. Let us send postcards to each other along the way!